To ensure quality service and to prevent abuse, Kustomer limits the number of API requests that can be made in a short period of time. API rate limits differ by pricing tier. For more information on our pricing tiers, see our pricing plans. To help you track your rate limit usage, we include headers in API responses that include your current rate limiting status: 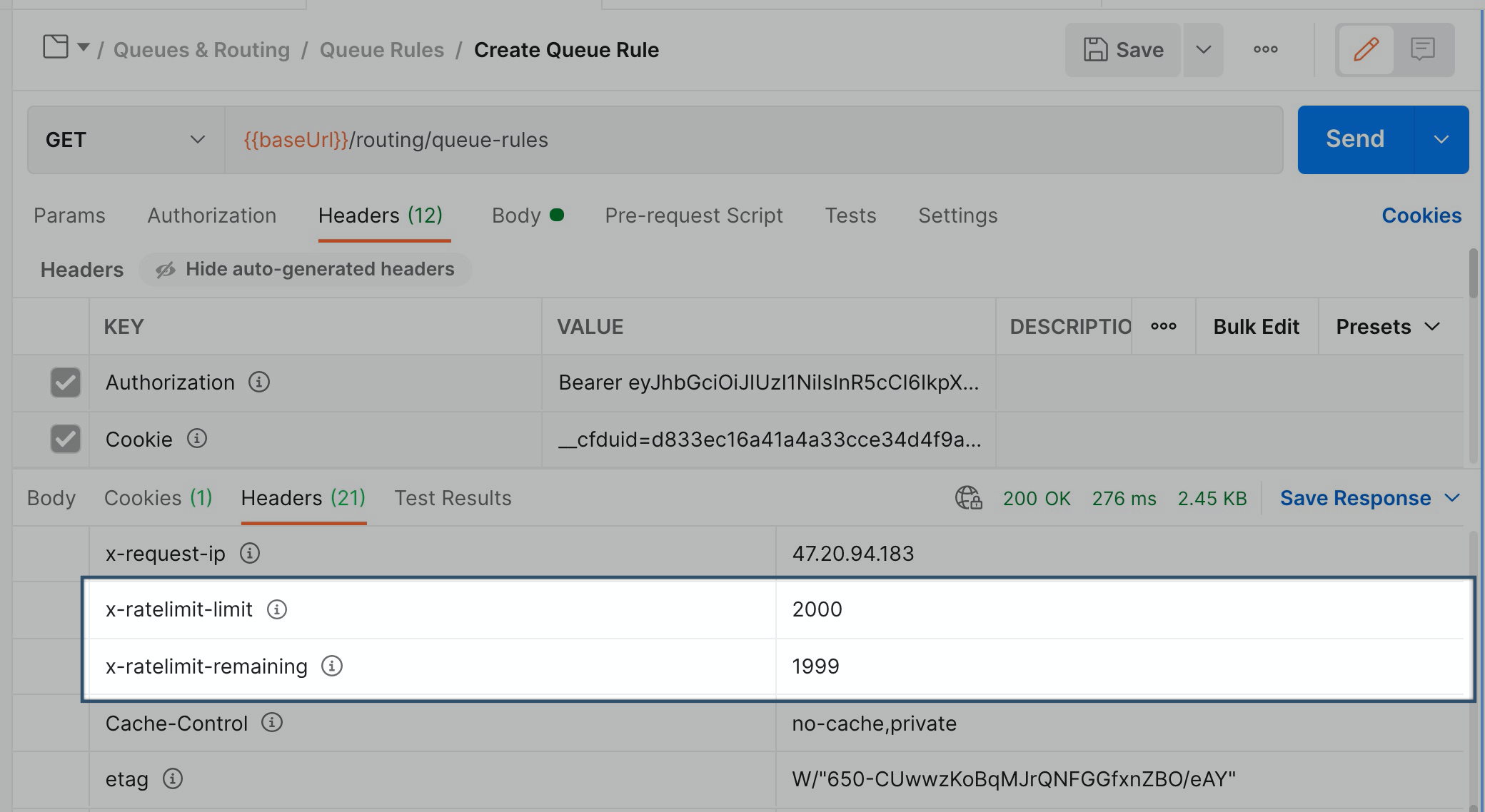 The API rate limit is applied across all API tokens configured for your organization. The default rate limit interval is 60 seconds.

The following rate limits are set up across the platform:

We strongly recommend that you use the following rate limit headers to ensure your requests are not rate limited:

In addition to the general API rate limits described above, there are object rate limits that apply when a given user tries to update a specific resource in Kustomer.

In your requests exceed the API rate limit for your plan, the Kustomer API will return a response with an HTTP status of 429 Too Many Requests.